The Australian dollar weakened slightly yesterday after survey showed slightly lower expectations of inflation after the government moved to repeal a tax on carbon. The August MI inflation expectations for the trimmed mean came in at 2.6% from 2.7% in July.

Out of the US, weekly applications for unemployment aid climbed 21,000 to a seasonally-adjusted 311,000. Jobless claims figures, along with subdued inflation numbers, made it more likely the US central bank would leave rates on hold for a while. The US dollar is holding on to its gains against the three most actively traded currencies because, with these data disappointments, the outlook for the US is brighter than the outlook for the Eurozone, UK and Japan.

The latest in a batch of disappointing global economic indicators that have clouded the prospects for American growth lead the Eurozone’s recovery to an outright halt in the second quarter. Economic output in the 18 nation euro area stalled in the April and June period, after four quarters of minimal gains, Eurostat data showed. Fear of rising geopolitical tensions have added to the risks as the EU’s trade sanctions against Russia over the crisis in Ukraine, and the counter sanctions by Russia, are likely to crimp the Euro area’s sales of farm goods. The weak report on the Eurozone comes after news that Japan’s economy, shrank by a larger than expected 1.7 percent in the second quarter, or 6.8 percent at an annual rate.

The British pound steadied after sliding on yesterday as the Bank of England hinted that markets may have to wait longer than they thought for a long awaited hike to its main interest rate. Bank of England set to sit tight as low wage inflation offsets strong British output and falling unemployment, and chance of an interest rate rise in 2014 and perhaps even the first quarter of 2015 appears to be on the cards The Australian dollar is up by over $0.0080 in later trade. The 1% rise comes after the RBA kept interest rates on hold. Whilst the Reserve Bank indicated stability in the AUD the general sentiment is that interest rates will rise by the end of the year.

The ABS also reported a continuing trade surplus for Australia. Whilst the surplus was down, record trade with China ensured it stayed in positive territory.

The higher dollar should lead to lower prices for imports including EVA jigsaw mats such as the ones that Ezymats imports.

A week of high impact data concluded on Friday night with the much anticipated Non-Farm Payroll report from the USA. The numbers did not disappoint, as employers boosted payrolls by the most in 2 years and the jobless rate plunged to the lowest since the collapse of Lehman Brothers. The report beat the expected number of 216,000 jobs as it surged to 288,000, the biggest beat since February 2012. Unemployment dropped to 6.3%, the lowest level since September 2008.

The market reaction was swift as the AUD sold off aggressively, only to bounce back within a few hours to levels that we were looking at on Friday afternoon in Sydney. This was attributed to soft wages data, with average hourly earnings, month on month and year on year numbers failing to show improvement.

The situation in Ukraine is still a concern, Barrack Obama says that more severe sanctions will be taken if the destabilisation continues.

This week is heavy on data in Australia, Building Approvals and Chinese Inflation numbers will move the market today, Trade Balance, the Cash Balance and RBA Statement are announced on Tuesday, Retail Sales Wednesday and Employment Data on Thursday. The week is rounded out with the RBA Monetary Policy Statement on Friday, all of which indicates another week of volatility is on the cards. 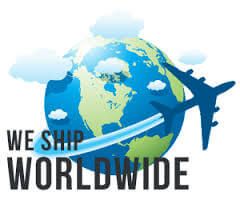 Ezymats jigsaw mats can now be shipped world-wide. Our warehouse in China can now dispatch jigsaw mats to the four corners of the world. We ship to USA, UK, Europe, Japan, Asia, South America, Brazil and Africa. Minimum order quantity for world-wide shipments is a 20′ container which is approximately 550 jigsaw mats. We can ship everything from 20mm, 30mm and 40mm mats from our China warehouse. All orderer are processed by our Hong Kong Office (Yatama LTD Hong Kong). For more details contact us.

We are still able to delivery small quantities Australia-wide as we have a warehouse in Belmore in Sydney. So in Australia we can ship to Sydney, Brisbane, Melbourne, Adelaide, Perth, Hobart, Canberra, Wollongong, Newcastle and anywhere in between. We stock 40mm jigsaw mats in our Belmore warehouse. Our EVA mats are available for immediate dispatch. 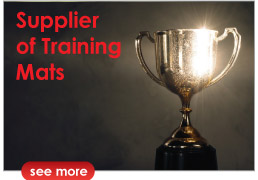 Ezymats is a leading supplier of EVA interlocking jigsaw mats and safety flooring in Australia. Ezymats supplies quality mats manfuctured to ensure maximum protection for its users. Our EVA jigsaw mats are trusted by customers throughout Australia including schools, training and law enforcement organization.

To find out more about Ezymats click here:  About Us

Or to make a purchase: Buy Now