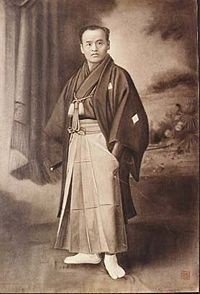 Hapkido (also spelled hap ki do or hapki-do; Hangul: 합기도; Hanja: 合氣道) is a dynamic and highly eclectic Korean martial art. It is a form of self-defense that employs joint locks, grappling and throwing techniques of other martial arts, as well as kicks,punches, and other striking attacks. There is also the use of traditional weapons, including knife, sword, rope, jool bong (nunchaku), cane, short stick (dan bong), and middle length staff (joong bong, gun, bō (Japanese)) which vary in emphasis depending on the particular tradition examined.

Hapkido contains both long- and close-range fighting techniques, utilizing jumping kicks and percussive hand strikes at longer ranges and pressure point strikes, joint locks, or throws at closer fighting distances. Hapkido emphasizes circular motion, redirection of force, and control of the opponent. Practitioners seek to gain advantage through footwork and body positioning to incorporate the use of leverage, avoiding the use of strength against strength.

The art adapted from Daitō-ryū Aiki-jūjutsu (大東流合気柔術) as it was taught by Choi Yong-Sool (Hangul: 최용술) when he returned to Korea after World War II, having lived in Japan for 30 years. This system was later combined with kicking and striking techniques of indigenous and contemporary arts such as taekkyeon, as well as throwing techniques and ground fightingfrom Japanese Judo. Its history is obscured by the historical animosity between the Korean and Japanese people following theSecond World War.