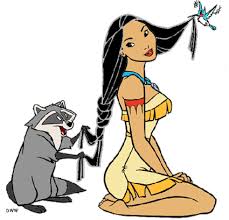 Facebook Founder Zuckerberg To Go To The Mats Against Warren. Politics is a funny thing. Sometimes people say some funny things. Democrat presidential candidate Elizabeth Warren has been touting her policies during the campaign for the presidential nomination. Some of those policies have been revolving around big tech companies. The basic gist of it is that she wants too take on the big tech companies and curtail what she perceives has near monopoly positions that some of them have such as Facebook and Google. She has been threatening to break up the companies as a anti-trust measure aimed at protecting the consumer.

Obviously the big tech companies are not very happy with the move. It is reminiscent of the fight the Commerce Department had with Microsoft all those years ago when it was thought that the company had a monopoly over the software market and was using it to stifle competition. At the time Bill Gate vigorously defended his company and after losing the first court case against the government came back and won on appeal. This time it is the brash young CEO of Facebook, Mark Zuckerberg, that is in the firing line and he has come out swinging. His response, interestingly, was to say he would “go to the mats” against Warren.

What is interesting is the analogy that he uses. Going to the mats is a reference to MMA fighting where two opponents go to the mats and fight until one either “taps out” and is submitted by their opponent or they are knocked out. It is interesting that MMA has become so popular that is has become the new reference in the place of using boxing reference (going toe to toe) or baseball (knock it out of the park). It is testament to how far MMA has come. Probably shows why MMA mats are so popular. Now we don’t know what kind of mats Zuckerberg was referring too. Was it MMA mats, was it foam mats,  or even jigsaw mats he didn’t say. That what it mean when I say that Facebook Founder Zuckerberg To Go To The Mats Against Warren.