Rise in GST Could Effect Price of Jigsaw Mats 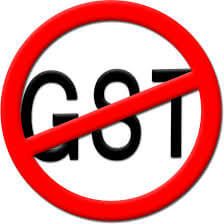 There has been talk recently that the coalition government is considering lifting the rate of GST to 15%. The rise in GST is projected to raise at least $30 Billion in additional taxes for the Federal Government which would then be distributed to the states. The tax is meant to fill the budget void left over from the collapse in commodity prices. Even though both former PMs Kevin Rudd and Tony Abbot were adamant that the resource boom would last for decades.

Lets hope that Malcolm Turnball comes to him senses and find another way to fill the budget gap. Whilst we could handle the rise in the price of EVA jigsaw mats (even though it is an essential item for the training public) the rise in other essentials would dis-proportionately  effect the poor.