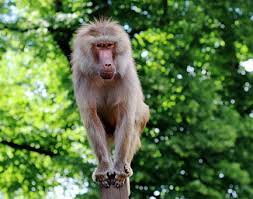 The new Thor movie which was not made by the movie producer Harry Weinstein is set to be a very popular film if you ask the right people. While Harry Weinstein will probably not be promoting it as that could be considered counter productive as it was produced by Marvel Studios, the other actors in the film probably will. The new Thor movie is actually called “Thor” Ragnarok”. Whilst the title might sound a bit silly most people who match it probably won’t care as the previous titles were not much better.

The plot of the film is not that complicated. Generally Thor and his mates fly around kicking peoples butts until the film ends in a massive climax. Maybe they should have had a subplot where all the women of Hollywood get together to kick Harry Weinstein in the nuts. I am not sure if the studio would have allowed it but I am sure it would have attracted a larger female audience then the current version. But that is just my opinion. Actually all of the above is and I am just taking creative licence to articulate what I think. Not what is actually real.

But what connection does the film have to jigsaw mats? Well actually probably none. I am pretty sure that the stunts people would have required jigsaw mats on set to be able to execute or even just practice their stunts. Jigsaw mats are a great way of lessening the impact with the ground to help minimise injury. Whilst I have never been on a set I did notice that at NIDA (National Institute of Dramatic Arts) in Kensington Sydney, That they use jigsaw mats when practicing stunts in their work shop. I am even pretty sure they purchased them from Ezymats as I distinctly remember selling mats to a Theatre group.

Now whilst people might know jigsaw mats as such they are also know as gym mats and gymnastics mats. So if you hear someone say that stunt people use gymnastics mats on this set or that then you know what they are talking about. They would probably call them gymnastics mats as they just around on them and do all sort of acrobatics.